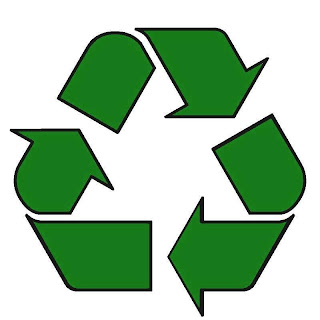 I invited people over to watch the latest Manchester United Game. I know no one really likes soccer, but soccer has become very trendy. I fake my interest becuase I don’t want to be out of place.

I needed some food for the game. The snacks needed to let people know I am rich, but at the same time, I do not want guests to know I’m trying to impress them. I went to Whole Foods.

Whole Foods sells overpriced food. At first glance, you might think their food is expensive because it is better quality than what you get at Ralphs or Albertsons. That is entirely incorrect. Whole Foods food is the exact same quality, sometimes even worse. However, it comes in a Whole Foods container, which lets people know you spent a lot of money. It also sells rare food. Where else am I going to find gluton free cookies, or soup containing vegetables from five different continents?

I got some organic popcorn and a $12 pint ice cream. As I turned the aisle I hit a Hippy. They really shouldn’t let everyone into whole foods (Maybe they could get a bouncer for the door?). Anyways, my keys spilled to the ground. The hippy noticed that I had a key to a BMW and a Range Rover.

He looked at me and said, “Your carbon foot print must be massive!”

Carbon Footprint? What the fuck is he talking about? I quickly looked down at my shoe to see if I had stepped in some carbon, but no…. Had this Hippy done too much acid? Then he explained the whole concept. Apparently the Hippy was well educated, even though his tie dye shirt would lead you to believe otherwise.

Carbon footprint: A carbon footprint is a "measure of the impact human activities have on the environment in terms of the amount of G produced, measured in units of C" (Wikipedia).

That’s the one thing that sucks about Los Angeles, you are constantly told you are destroying the planet. I applaud people who really do reduce their waste. However, in Los Angeles, most people only lower their carbon footprint because it is convenient or fashionable (Being “green” is totally in right now).

Anyways, I ran into the Hippy again in the parking lot. He started jabbering away about how human are murdering mother Earth.

He quipped, “Humans were put here to nurture the environment and cohabitate with nature.”

What evidence does this man use to prove that humans are not destructive by nature? In our brief existence, we have used up all the oil, destroyed the ozone, created nuclear bombs, killed dozens of species, and will probably run out of water in the next 50 years. Clearly humans are here to destroy the planet. It’s our nature.

Litter while driving. Leave your water running. Turn on your SUV and let it run just because you like the gentle purr (I do that by the way). You are doing your duty as a human to destroy this planet. It’s our nature.
Posted by Important Hollywood Agent at 8:08 AM