I opened up Variety this morning and read the most interesting article. Click on the link below to check i out.

That’ right, Universal Pictures acquired the rights to make movies based on Hasbro board games; Monopoly, Battleship, Candyland, etc.

Some snotty intern called this “the ultimate sign that the film industry has hit rock bottom.” I immediately sent that kid to do 10 Starbucks laps (a Starbucks lap consists of going to Starbucks, getting a coffee, and bringing it back). Since he was an intern, I made him bring the assistants coffee, just to make it extra humiliating. Of course they only got a small black coffee, small (roughly $1.50). As opposed to the Venti, Triple shot, soy vanilla late I get ($5.25). 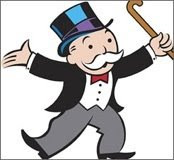 My staff is hard at work pitching writers to Universal as we speak. I took the liberty to come up with some of my own ideas.

Title: “From Baltic To Boardwalk”

It is the Great Depression. A poor MAN can barely afford to pay his rent on baltic avenue. His landlord owns the whole block, which according to a loop hole in the law, forces him to pay double rent. He owes money to the electric company and waterworks. The only thing he owns is dog, a top hat, and a wheelbarrow.

To avoid his debt, he takes the Orient Express to a new city. He gets a better job and slowly works his way up. The man comes on hard times, he lands in jail, but later we find out that he was “just visiting.”

The Man works himself up to become a property tycoon, only to fight off other tycoons that want his property. At the end of the film, the Man finally gets a penthouse on Broadway.

An American Naval Commander sits on the deck of his destroyer. He orders a surprise attack on the terrorists/Soviet/Nazi/Alien ship. A small cruiser launches from an American harbor at lightning speed. The American ship becomes involved in a full CGI battle. We even get a shot that tracks a missile from the moment it is launched until it hits the bad guy ship... ala Pearl Harbor (I should be a director).

The battle is long and protracted, but we use a lot of fast cuts to keep everyone’s attention (I hate shots that are longer than .4 seconds). The Americans fight valiantly but die… die for their country.

We then cut back to the Commander. He orders his soldiers have a moment of silence for the fallen. The tough Commander sheds one tear, but he is resolute. He looks onward toward the bad guys and utters the famous words... “You sunk my battleship.” 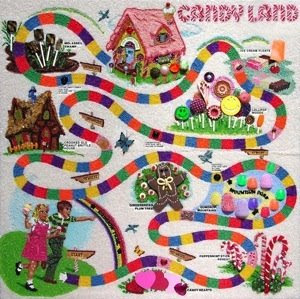 Who wouldn’t want to see a movie based on their favorite board game? Even though it is a rhetorical question, I am still going to answer it. NO ONE!

My hat is off to you Universal. What a bold move. All those old fashioned movie studios are busy adapting novels or plays, but not you. You had the ingenious and foresight to realize we are in a new cinematic era. Children’s toys and Disneyland rides are the blockbusters of our future.

I have racked my brain to try and figure out where the next blockbuster idea might come from… I’m thinking about food products. Everyone has a favorite cereal character right? Can you imagine a movie starring Cap’N Crunch. The Aunt Jemima story; a poor slave descendent works her way out of poverty by selling syrup. The cross advertising appeal is built in. It’s a great day for film.

Posted by Important Hollywood Agent at 7:55 AM