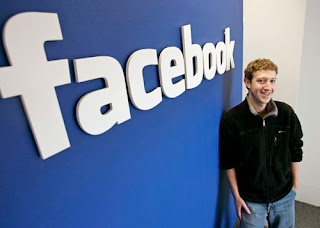 It's the friday before labor day weekend and everyone is off work ... except for talent agents! Luckily, we've been sneaking drinks since noon.

As many of you know, a movie is being made about the creation of Facebook. It's called The Social Network. Would it have been to uncool to call it theFacebook of Facebook? David Fincher is directing the script written by Aaron Sorkin. I applaud Fincher for doing something high concept but what a wierd choice for a dialogue driven facebook movie. Is he going to make it all dark and grainy?

Justin Timberlake is set to play Sean Parker!? By the way, I got that news from defamer. I love that defamer now breaks news earlier than Variety does. I guess it is a sign of the times.

The movie only has two small, female roles; Zuck's girlfriend and a junior lawyer. Sony will need to maximize their sex appeal so they should cast a busty female for the jr. lawyer. For Zuckerberg's girlfriend, they need a cute, girlfriend type. I recommend Pam from The Office. 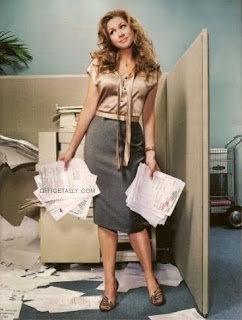 It is a good script... I mean I read the entire script which is longer than 160 pages! I think Moby Dick was shorter.

On an unrelated, yet related note, Zuckerberg got popular at Harvard because he created a site called FaceSmash. It was a site where Harvard guys could post pictures of females they dated. Co-eds could compare and rate the women. Where is that site now? It would be nice to know the rating of a woman before I went out with her. I read reviews before I see a movie. It's basically the same thing. No one wants to get ripped off, especially in this economy.
Posted by Important Hollywood Agent at 4:51 PM