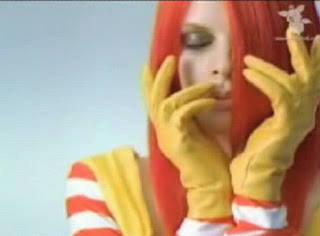 The film industry is running out of properties to turn into movies. All the good comic books have been adapted, movies based on board games are in production, and most the popular 1980’s toys have already been optioned. I am a “forward thinker,” and am therefore going to identify potential properties waiting to be turned into box office dollars.

The central question I ask myself when thinking of potential properties is, “What products have built in fan bases?” It would be nice if the product had built in story elements or characters but not necessary. That is what writers are for.

Imagine “McDonald’s The Motion Picture.” It already has a built in cast of characters. Imagine a rags to riches story that would sell well during these tough economic times.

Synopsis: A poor farmer loses his farm. He struggles to provide for his family and by chance he starts selling hamburgers out of his car. The farmer makes enough money to build one store. Slowly, he builds a fast food chain, through hard work and sweat. He gets rich but doesn’t know how to deal with the fame. He starts doing coke and grows apart from his family. He has to battle against the health food nuts who demand he make healthy food. The stock price plummets. One day, he remembers that it is all about the food and he redeems his business. (Some of those facts may be incorrect but it doesn’t matter).

Think of the Syndergistic opportunities (I think I just coined "synergistic"). McDonald's can promote the movie, the movie can promote McDonald's. It saves tons on marketing.

This may seem crazy but it’s time to get creative. Hell, Monopoly is becoming a movie. In these rough economic times, we can’t afford to take risks with original material.
Posted by Important Hollywood Agent at 5:13 PM