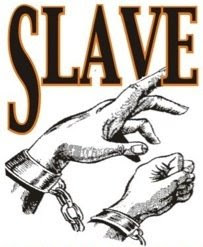 Using their name gives them power. It makes them feel like more than a number. Then they start voicing their opinion. After that, they start taking on more responsibility. It’s a dangerous snowball effect.

However, I am feeling especially compassionate today. I asked my assistant what his name was. He looked at me like a deer in headlights and quivered the words, “Walter.”

“Walter” never questions what I say. I hate when I get an assistant with “aspirations.” They are always trying to give ideas or take on more responsibility faster than I can say “fired.”

He never has any good ideas or suggestions. Honestly, if you want to move up in this agency you need to show me that you are smart and understand the business.

He has a face pimple that doesn’t go away. It’s right under his left cheek. It makes him look like a teenager. It’s not fair that I have to see the pimple while the agent next door gets to look at the ass of a girl that works out six times a week. I should write a letter to HR or at least make Walter write a letter to HR and I’ll sign it.

To be blunt, Walter isn’t attractive. Something about the formation of his face. Hopefully he was given intelligience to make up for his physical awkwardness. So far though, that assumption has not proven true.

Ok Walter, you can stop taking dictation now.
Posted by Important Hollywood Agent at 8:31 AM