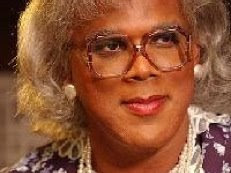 This morning he applied to become the assistant to another agent. First of all, did he think I wouldn’t find out? There is not a damn thing he knows about that I haven’t already herd. Second of all, I am hurt! We had a rapport going. He got my coffee. I learned his name. I never learned an assistant’s name before him. He was my first. Now he is trying to leave me after everything we have been through together. As punishment, I sent him to starbucks, then when he got there, I called him and said I no longer wanted anything. Then I made him read the new WB pilots, even though we are in the midst of a writer’s strike.

The agent he applied to work for specializes in “urban” movies. Walter is from a farm in Utah. Ok, he’s actually from suburban San Francisco, but that’s basically the same thing. He should know that an agent who specializes in “urban” movies would probably want a “diversity” assistant. Walter is white. He would definitely be considered for the position but it’s always a plus when the agency can add “diversity” to it’s stafff. Especially when dealing with “urban” movies. “Diversity” does not mean people that are not white. That is a misconception. A “diversity applicant” can be anyone.

Diversity Applicant: Someone from a background different than most of the other employees that work at the agency.

I’ll let you use your imagination.

Let me take a moment to shed some Hollywood insight. We’ll specifically talk about “urban” movies. The “Urban” market is one of the most consistant and bankable markets. As a white person, it feels good when I can do my part to help an African-American actress get a part in an “urban” movie. It is not like the old days. Now there are tons of roles for African-Americans. They can play gangsters, athletes, drug addicts, hookers, single moms, and not too mention all the dancing roles in hip-hop videos.

“Urban” movies are excellent too. Have you seen a Tyler Perry movie? Wow. What a talent! That Mad Black Woman is hilarious. Now he has that great TV show too, “House of Payne.” I must admit, I can’t stop watching. It has been “season passed” on my tivo. Watching the show makes me feel like I am partaking in the “urban” experience. Tyler Perry’s movies make a ton of money too, proving their artistic significance.
Posted by Important Hollywood Agent at 11:54 AM